The History of Window Cleaning 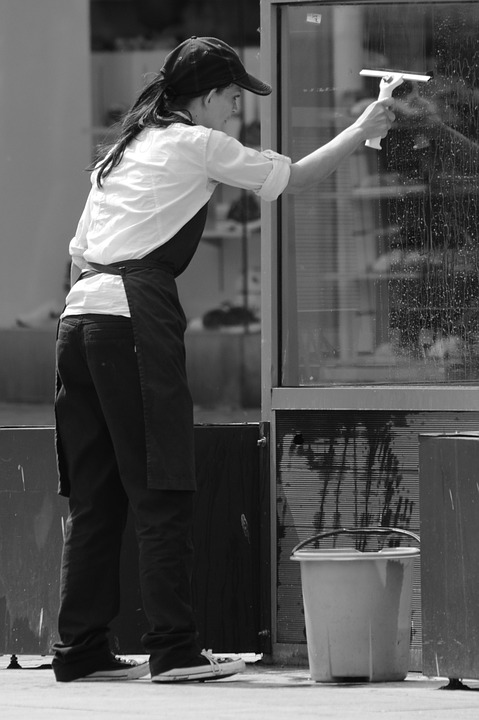 Seeing a window cleaner hard at work is an almost everyday occurrence – nothing out of the ordinary. But did it ever occur to you where it all began?

I have a fascination with history and this led me to investigate more about this most useful trade.

Apparently the initial discovery of glass dates back to the Stone Age, but the good ol’ Egyptians were the ones to really make something of it by developing small jugs & glass beads around 3,000 BC.

It took a very long time for glass windows to be created and eventually in the mid 1800’s Ernest Solvay, a chemist from Belgium, introduced the world to the wonder of cost effectively developed glass windows.

The world was never the same again. Glass windows started being used everywhere, as buildings were now able to block out rain, cold & wind whilst at the same time letting in light and fresh air as needed.

Soon after the advent of the modern day commercial glass windows, the need for cleaning these beautiful windows arose – The higher the building and the more the glass, the bigger task this became, resulting in the beginning of the commercial window cleaning industry.

In the late 1800’s and early 1900’s the industry experienced a huge amount of growth, but sadly with the First World War, the growth of this industry, like most was hampered. As soon as the war was over however, buildings had to be rebuilt and windows replaced and this resulted in the revived growth of this industry.

Along with development throughout the world, the buildings were changing and the industry needed to adapt to these changing needs.

Mid 1930’s, a window cleaning genius, Mr Ettore Steccone, an Italian immigrant to the US, designed and developed the modern day squeegee as we now know it.

“The rest, they say, is history!” as the saying goes. So the next time you see a window cleaner hard at work, you’ll have a greater appreciation for the history behind their graft.

If you need your commercial windows cleaned, we’d love to hear from you and offer you our services!