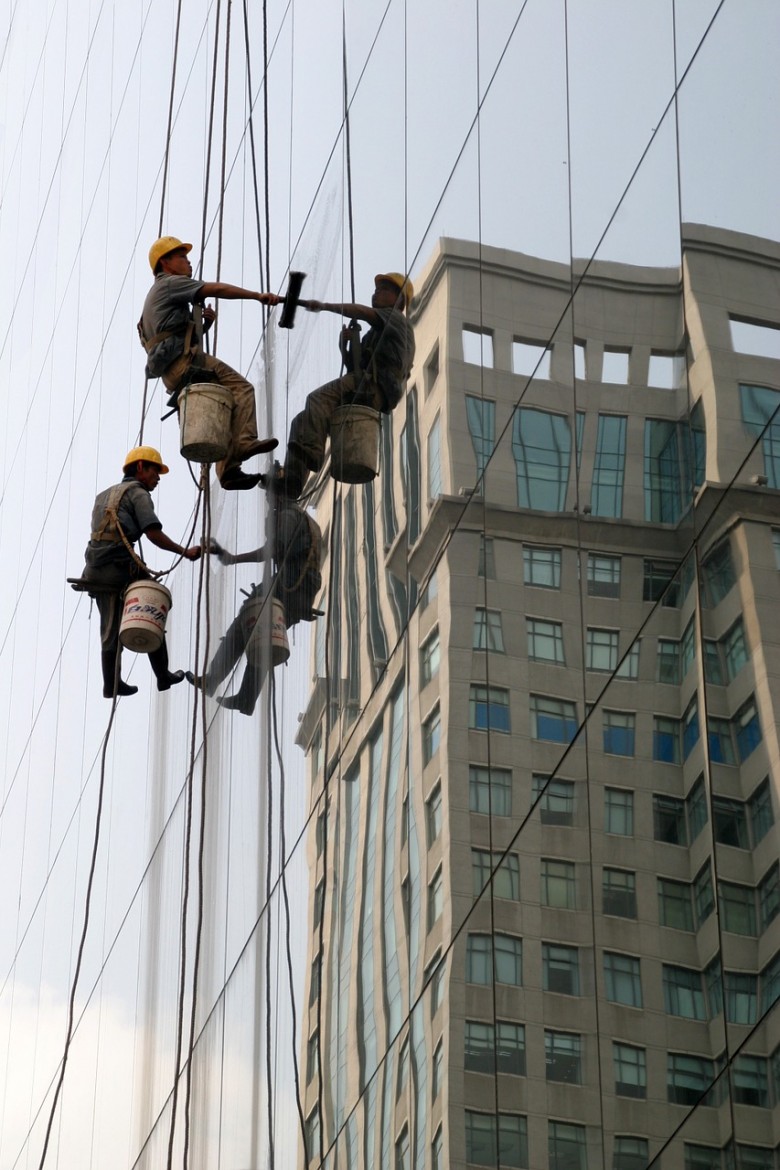 Commercial Window cleaning – Not only is it hard work, but it can be down right dangerous.

The techniques used today are more modern than those of yesteryear, but there are still risks. Take a closer look as commercial window cleaners reveal the ups and downs (pun intended), as well as the adventures of the business.

The water-fed pole system is an effective and environmentally friendly method of cleaning windows. Pure water is pumped to a height of 60 foot via a water-fed pole and through a brush head onto the windows.

Window cleaning vehicles are equipped with water treatment systems that produce pure water. A water softening resin is used to remove the positive ions and a reverse osmosis unit is used to remove the negative ions. After this process is completed the water is devoid of any minerals, meaning that the glass is left smear free.

Robot window cleaners? Not anytime soon. There are a few robots in development for the purpose of cleaning windows. However, they are small droids that attach to a window pane and clean any residue it finds. It would take a lot of droids a very long time to do the work of current human window cleaners.

In 1931 in New York City, there were 3,000 window cleaners. Many of the skyscrapers were still being built. Obviously there would be a demand for window cleaners in that city and many others.

In 2009 at the National Window Cleaning Competition a new Guinness World Record was set for cleaning three standard office windows that measured 114.3cm x 114.3cm. Terry Burrows from the UK washed the windows in just over 9 seconds!

The world’s tallest building is the Burj Khalifa in Dubai. It soars through the sky at 555 meters. There are 1,300,000 square feet of glass windows. The high tech equipment used to clean these windows is worth £5 million.

Commercial Window Cleaning & Having Fun for a Good Cause

This story still melts the heart. Imagine if this was done more often how much joy it would bring into the world. In 2014, window cleaners at the New York City Presbyterian Children’s Hospital dressed up as superhero as they cleaned the windows. 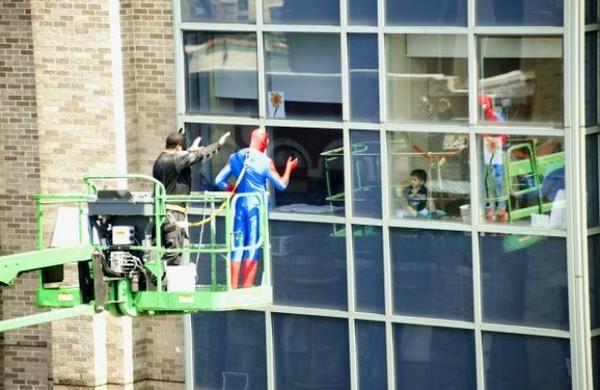 The kids were so excited by the unexpected surprise. Some of them ran up to the windows to wave hello, while other blew kisses and reached out to bump fists.
Commercial window cleaning will always be serious business. Window cleaners are trained extensively for safety. However, being able to do something simple that can bring smiles to kids in hospital and help them forget about their problems is also good business.

« The Cleaning Show
Why Clean Office Windows Are Important »